The act creates the front range passenger rail district (district) for the purpose of planning, designing, developing, financing, constructing, operating, and maintaining an interconnected passenger rail system (system) along the front range. The district is specifically required to work collaboratively with the regional transportation district (RTD) to ensure interconnectivity with any passenger rail system operated by or for the RTD and with Amtrak on interconnectivity with Amtrak's Southwest Chief, California Zephyr, and Winter Park Express trains, including but not limited to rerouting of the Amtrak Southwest Chief passenger train. The district must also coordinate with the department of transportation (CDOT) to ensure that any system is well-integrated into the state's multimodal transportation system and does not impair the efficiency or safety of or otherwise adversely affect existing transportation infrastructure or operations. If deemed appropriate by the board of directors of the district and by the board of directors of RTD, the district may share with RTD capital costs associated with shared use of rail line infrastructure in the northwest rail line corridor for passenger train service.

The area that comprises the district extends from Wyoming to New Mexico and includes:

The district is governed by a board of directors composed of:

In addition to the professional experience or expertise requirements, at least one of the directors appointed by the governor must be a resident of a county, city and county, or municipality through which light or commuter rail was planned as part of RTD's voter-approved Fastracks program. Each director appointed by a transportation planning organization must be or have been a member of the board of directors of the appointing authority and must represent or have represented a member jurisdiction of the appointing authority that is wholly or partly included within the district. The board must be fully appointed by April 1, 2022, with an earlier appointment deadline for some appointees. The board must convene for its initial meeting not later than May 15, 2022. The existing southwest chief and front range passenger rail commission is terminated, effective July 1, 2022, and any remaining commission funds are transferred to the district no later than July 1, 2022.


The district is authorized to exercise the powers necessary to plan, design, develop, finance, construct, operate, and maintain the system including but not limited to:

The district must publish and present a comprehensive annual report to the legislative committees with jurisdiction over transportation and each transportation planning organization that appoints directors to the district board. If the district levies a tax, the state auditor must conduct a biennial district-funded audit of the district. 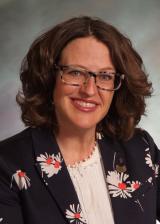