The bill creates the orphaned wells mitigation enterprise (enterprise) in the department of natural resources for the purpose of:

On or before August 1, 2022; on or before April 30, 2023; and on or before April 30 each year thereafter, each operator shall pay a mitigation fee to the enterprise for each well that has been spud but is not yet plugged and abandoned, in accordance with rules promulgated by the Colorado oil and gas conservation commission (commission), in the following amounts:

Money collected as mitigation fees is credited to the orphaned wells mitigation enterprise cash fund (fund), which is created in the bill.

The commission may promulgate rules as necessary to implement the enterprise. 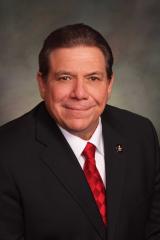