The act increases election security measures for the secretary of state's office, election officials, candidates for elective office, and voters.

Section 4 of the act requires the district court and the supreme court, if applicable, to expedite scheduling and the issuance of any orders in connection with an enforcement action brought by the attorney general or the secretary of state to enforce the provisions of the election code to ensure that a final ruling is made within specified periods.

Section 9 modifies the prohibition for certain elected officials or candidates for elective office from preparing, maintaining, or repairing any voting equipment or device that is to be used in an election to apply to any contact with the voting equipment or device, rather than just physical contact. In a political subdivision with a population of 100,000 or more, section 9 also prohibits any elected official, any candidate for elective office, and the secretary of state from having key card access to or being present in a room with components of a voting system without being accompanied by one or more persons with authorized access.

Section 10 requires that for elections conducted under the "Uniform Election Code of 1992", the governing body of any political subdivision is required to adopt an electronic or electromechanical voting system to be used for tabulating votes at all elections held by the political subdivision. This requirement does not apply to counties with fewer than 1,000 active electors at the date of the last general election.

Section 11 prohibits a county from creating, permitting any person to create, or disclosing to any person an image of the hard drive of any voting system component without the express written permission of the department.

Section 13 requires a designated election official to keep all components of a voting system in a location where entry is controlled by use of a key card access system and that is under video security surveillance recording. The designated election official is required to ensure that records in connection with access to the location of the voting system and video recordings of the location are created and maintained for specified periods. Section 3 defines terms in connection with these requirements.

Section 13 also directs the general assembly to appropriate the following amounts for the 2022-23 state fiscal year:

Section 16 prohibits a person from accessing electronic voting equipment or an election-night reporting system without authorization and specifies that a person who accesses such equipment or system is guilty of a class 5 felony. Section 16 also specifies that an authorized person who knowingly publishes or causes to be published passwords or other confidential information relating to a voting system will immediately have their authorized access revoked and is guilty of a class 5 felony. 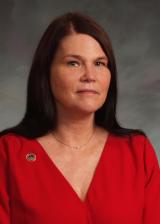