The remainder of the title relates to professions and occupations regulated by DPO within DORA. Article 20 includes laws relocated from title 24 relating to the creation of DPO and DPO's powers and duties and consolidated common provisions derived from the practice acts that relate to procedures, immunity, disciplinary and enforcement authority, and judicial review of final orders of DPO and the regulatory boards within DPO. Article 30 includes common provisions governing health care professions and occupations regulated by DPO, including the "Michael Skolnik Medical Transparency Act of 2010", health care work force data collection requirements, and opioid prescribing limitations. Articles 100 to 315 contain the practice acts governing individual professions and occupations regulated by DPO.

Section 2 of the act relocates a law that prohibits the mandatory donation of services from title 12 to the "Administrative Organization Act of 1968" in title 24. Section 3 repeals relocated provisions from titles 24 and 25. To give agencies time to make necessary adjustments to their rules and forms, section 265 delays the effective date of the act until October 1, 2019. 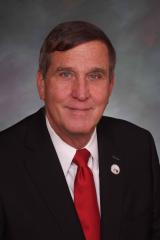