State house and state senate reapportionment - independent legislative redistricting commission - composition of commission - commissioner requirements and prohibitions - limited judicial review of maps - communities of interest and political subdivisions - maximization of competitive seats - prohibition of maps that dilute electoral influence. If approved by the registered electors of the state of Colorado during the general election on November 6, 2018, the independent legislative redistricting commission (commission) is created in the state constitution to divide the state into state senate and state representative legislative districts. In connection with the creation of the commission: 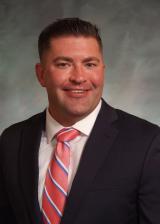