In 1999, the voters of the state authorized the executive director of the department of transportation (CDOT) to issue transportation revenue anticipation notes (TRANs) in a maximum principal amount of $1.7 billion and with a maximum repayment cost of $2.3 billion in order to provide financing to accelerate the construction of qualified federal aid transportation projects. The executive director of CDOT issued the TRANs as authorized. The final payments of principal and interest on the TRANs will be made during fiscal year 2016-17, which will make available for expenditure for transportation-related purposes only revenues dedicated for transportation by federal law, the state constitution, and state law that the state has been using to make principal and interest payments on the TRANs.

Section 9 requires the state transportation commission to submit a ballot question to the voters of the state at the November 2017, 2018, or 2019 election, which, if approved, would increase the state sales and use tax from 2.9% to 3.15%, beginning on the July 1 immediately following the applicable election and would authorize the executive director of CDOT to issue additional TRANs in a maximum principal amount of $4 billion and with a maximum repayment cost of $5.75 billion. If the voters approve the ballot question, sections 3, 4, 5, and 7 implement the increase in the state sales and use tax rate. The additional TRANs must have a maximum repayment term of 20 years, and the certificate, trust indenture, or other instrument authorizing their issuance must provide that the state may pay them in full before the end of the specified payment term without penalty. Additional TRANs must otherwise generally be issued subject to the same requirements and for the same purposes as the original TRANs; except that the transportation commission must pledge to annually allocate from legally available money under its control any money needed for payment of the notes in excess of amounts appropriated by the general assembly from the state highway fund for payment of the notes as authorized by section 5 until the notes are fully repaid.

Section 10 specifies that at least $500 million of TRANs proceeds shall be used only for passenger rail service in the interstate 25 corridor and that remaining TRANs proceeds shall be used only to fund projects on CDOT's priority list for transportation funding. Section 10 also specifies additional transportation project contract award process requirements and limitations for a project to be funded in whole or in part with proceeds of additional TRANs.

Sections 6 and 8 require all state sales and use tax net revenue that is attributable to any increase in the state sales and use tax rate resulting from the approval of the ballot question submitted pursuant to section 9 to be credited to the HUTF, paid from the HUTF to the state highway fund for use, subject to annual appropriation by the general assembly, for payment of TRANs and, to the extent not used for that purpose, state transportation projects.
(Note: This summary applies to this bill as introduced.) 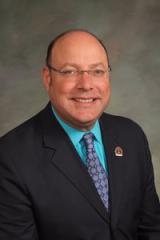