The bill is a referred measure. The bill specifies that the state and any political subdivision of the state (jurisdiction) shall not:

The bill also requires each jurisdiction to give written notice to its elected officials, employees, and law enforcement officers of their duty to comply with all federal laws concerning immigration.

The bill requires each county, city and county, or municipality with a population of at least 25,000 to submit an annual report to the department of public safety (department) affirming that it has not violated the prohibitions in the bill, has not been notified by the federal government that it is in violation of federal immigration law, and has not been denied federal grant money or informed that it is ineligible for federal grant money due to noncompliance with federal immigration laws. 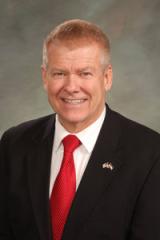