The Colorado 'Procurement Code' (code) governs how executive branch agencies, other than institutions of higher education that have opted out of the code, buy goods and services. The code is administered by the department of personnel (department) and exists to help keep the public trust, promote fair competition, make efficient use of taxpayer dollars, and allow the state to effectively do the people's business. The code has been amended many times over the years, but it has not been reviewed in total since the general assembly enacted it in 1982.

General updates (Sections 5, 6, 10, 13, 15, 17 through 20, 22 through 24, 32, and 37). The code is based on the 1979 American bar association model procurement code. When the state adopted the model code, much of the structure and terminology was adopted as drafted by the American bar association rather than conforming the structure and language to the Colorado Revised Statutes. The bill updates the terminology used in the code to make it consistent with common use, simplifies reporting requirements, and reorganizes provisions of the code for ease of use. In addition, the bill clarifies the authority of the executive director of the department to promulgate rules for the administration of the code.

Procurement training (Section 4). The bill authorizes the chief procurement officer to develop and conduct a procurement education and training program for state employees and for vendors.

Application of the code (Section 3). Certain purchasing activities are currently exempt from the code, such as bridge and highway construction, the awarding of grants to political subdivisions, and procurement by institutions of higher education that have formally opted out of the code. The bill exempts the procurement of specified additional goods and services from the code.

Grants (Sections 3 and 6). Currently, the application, processing, and management of grants is inconsistent across state agencies. The bill amends the definition of 'grant' to provide consistency and to comply with federal requirements including the office of management and budget uniform guidance.

Multiyear contracts (Section 38). Currently, the state may enter into a contract for any period as long as the contract term is included in the solicitation. If a contract term ultimately needs to exceed the period specified in the solicitation, the contract cannot be extended and a new contract is required. The bill authorizes the state to extend an existing contract, with approval of the chief procurement officer, for a reasonable period if extenuating circumstances exist.

Contract management system (Section 38). The centralized contract management system and related requirements for contract provisions, monitoring, and reporting were established for the purpose of improving the state's contracting process. The bill repeals provisions related to contract monitoring and reporting and allows for remedies, including suspension or debarment, for contractors who do not perform.

Contract terms and conditions (Section 39). The process to negotiate vendor terms and conditions sometimes requires the state to agree to a requirement that the state indemnify the vendor and that the contract be governed by the vendor's choice of law rather than Colorado law. However, indemnification is in violation of the state constitution. The bill prohibits indemnification of vendors by the state and requires that state contracts be governed by Colorado law.

Confidentiality and CORA (Sections 7 and 21). Pursuant to current law, procurement records are public records, with some exceptions under the 'Colorado Open Records Act'. Procurement records, including bids and responses to RFIs, often contain information that is proprietary or confidential by the submitting entity. The bill clarifies that all responses to RFIs are confidential until after an award based on the RFI has been made or until the procurement official determines that the state will not pursue a solicitation based on the RFI. The bill also authorizes the executive director of the department to promulgate rules to clarify the process for classifying confidential or proprietary information.

Procurement set asides, preferences, and goals (Sections 25 through 28). Current law allows a set aside in state procurement for persons with severe disabilities. The bill streamlines the process by which state agencies and nonprofit agencies that employ people with severe disabilities may use the set aside program and authorizes the executive director to promulgate rules for the administration of the program. 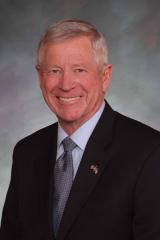