The state of Colorado’s single largest source of revenue, the individual income tax, was enacted in 1937.1  Most individuals and non-corporate businesses are subject to the tax.

Individuals and some businesses pay individual income taxes through withholding or through estimated tax.  For withholding, compensation for employment and earnings from certain other income sources (including pensions, bonuses, commissions, and gambling winnings) are withheld from the employee’s paycheck by his or her employer.  The amount of withholding is determined in part by the number of allowances claimed at the time of hire on IRS Form W-4.  Withheld taxes are submitted by employers to the IRS and Colorado Department of Revenue for federal and state income taxes, respectively.

Estimated payments include income for self-employed individuals, as well as income from dividends, interest, capital gains, rent, and royalties.  These payments are filed quarterly or annually depending on the type and source of income earned.  Estimated tax is used to pay the alternative minimum tax and self-employment tax.  Higher income earners may be required to pay the alternative minimum tax (AMT) in addition to the income tax.

Colorado individual income tax returns (Form 104 and any tax payment owed) for a calendar year are due to the Department of Revenue on or before the following April 15th unless an extension is granted.  These forms allow taxpayers to calculate and report how much income tax has already been paid to the state of Colorado through withholding and estimated payments and how much is still due for a given tax year.  Taxpayers can consult the Department of Revenue’s filing guide for instructions to complete Colorado Individual Income Tax Form 104.

A taxpayer’s Colorado income tax liability is calculated as follows: 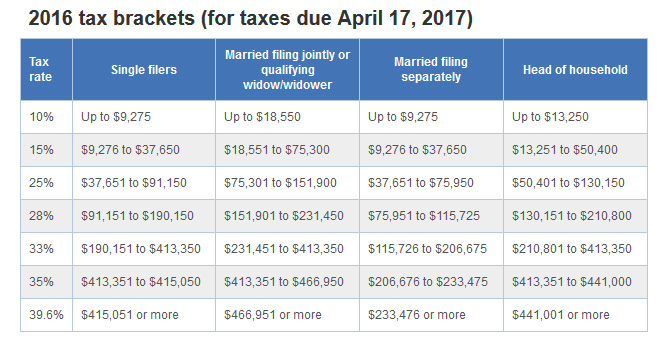 One-third of one percent of state taxable income is credited to the State Education Fund pursuant to the requirements of Amendment 23.  This equates to about 7.2 percent of income tax revenue from both individual and corporate income taxes.  Money from the State Education Fund is required to be spent on “accountable education reform, for accountable programs to meet state academic standards, for class size reduction, for expanding technology education, for improving student safety, for expanding the availability of preschool through kindergarten programs, for performance incentives for teachers, for accountability reporting, or for public school building capital construction.”15  The remaining revenue from income tax is credited to the General Fund for spending on general operations.

Federal income tax returns are due on April 15 of each year to the IRS unless an extension is filed. Returns are typically filed using one of three forms (1040-EZ, 1040A or 1040).  Some taxpayers may be required to report other sources of income on separate forms.  For example, dividends and interest earnings are reported on 1040 Schedule B.  Estimated tax can be reported using Form 1040-ES and must be filed by April 15 of each year, or in quarterly installments by the 15th of April, June, September, and January.

The IRS publishes taxable rate tables each year, which detail how much is owed per filer based on the filer’s taxable income and status (single, married filing jointly, married filing separate, and head of household).  In recent years, taxable income brackets have been increased each year, while the tax rates have remained the same.  The tables for tax year 2016 are provided below.

Tax Year 2016 Tax Rates by Income and by Filing Status

Federal income tax rates are graduated, meaning income is taxed at different rates as it increases.  To provide an example, a taxpayer with a filing status of “single” who has a taxable income of $50,000 and who claims no income tax credits would owe $8,271 on his or her 2016 tax return.  This amounts to an effective tax rate of 16.5 percent (calculated as taxes owed divided by total taxable income).

As of tax year 2015, seven states have a flat tax, and 35 states and the District of Columbia have a graduated income tax.  Two states levy an income tax on only dividends and rents, and the remaining seven states do not have an income tax.  Across the states, flat tax rates range between 3.07 percent and 5.75 percent, while marginal tax rates among states with graduated rates range from zero for the lowest income brackets to between 3.02 percent and 13.3 percent for the highest income brackets.  The number of tax brackets range between 2 and 12 across states with graduated tax rates.