Under current law, executive agency rules take effect 20 days after the agency adopts the rule, or on a later date if specified in the rule. After adoption, the office of legislative legal services (OLLS) at the direction of the general assembly's committee on legal services (committee) reviews agency rules on an annual cycle, commencing with agency rules adopted on or after November 1 of one year through October 31 of the following year, and recommends the expiration of certain rules to the committee based a determination that the rules do not comply with statute. The committee votes on whether to recommend the nonextension of those rules to the general assembly, as reflected in the annual rule review bill. Rules that are not extended by the general assembly in the annual rule review bill expire on May 15 of the year following the year in which they were enacted.

The bill creates a new prior review process for review of rules adopted by an agency on and after November 1, 2022, that significantly increase the regulatory burden on businesses, professions, occupations, and industries, including the oil and gas, aerospace, energy efficiency and environmental technology, transportation, and agriculture industries (economic impact rules). As part of the rule-making process, the agency determines whether the rule is an economic impact rule at the conclusion of the rule-making process. The agency must send the list of economic impact rules to the general assembly, the OLLS, and the secretary of state. A rule that an agency determines to be an economic impact rule cannot take effect until completion of the prior review process established in the bill. 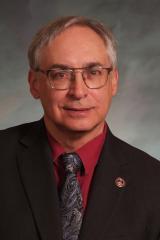