If an administrative law judge determines that an entity has been created fraudulently or without authorization, the secretary of state is required to:

If an administrative law judge determines that an unauthorized filing was made for a legitimate entity, the secretary of state is required to:

If a person alleged to have committed fraud or unauthorized acts fails to respond to the complaint, the allegations are deemed conceded, and the secretary of state is directed to take the appropriate steps listed above in the same manner as if the finding had been made by an administrative law judge.

The act creates a working group to study measures to counteract and prevent fraudulent filings in the online business filing system. The working group has 11 persons who represent the affected state agencies, businesses, and the Colorado bar association. The working group is directed to submit a report to the general assembly by January 31, 2023, containing potential legislative provisions to counteract and prevent fraudulent filings, as well as the costs and benefits associated with each potential legislative provision. The report may include specific recommendations to the general assembly.

Fraudulent filings are made an unfair or deceptive trade practice under the "Colorado Consumer Protection Act" and as such are subject to enforcement by the attorney general's office. 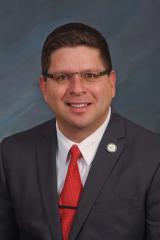