The bill creates the "Guard Training and Standards Act" (Act). The Act requires the following persons to obtain a license to practice their occupation:

The Act also requires a guard employer to be registered with the director of the division of professions and occupations in the department of regulatory agencies (director).

The licensing is administered by the director, who, subject to the administrative procedures act, has the power and duty to:

A person may use the titles of "security guard", "protection guard", or "armed guard" only if the person is licensed. A person who engages in the occupation of being a guard without the required license or who employs a guard without a registration commits a class 2 misdemeanor for the first offense and a class 6 felony for the second or subsequent offense. Peace officers are exempt from the licensing requirements.

To be issued a license, a person must apply, pay a fee, prove qualifications as required in the Act, and submit to a criminal history background check. Upon being licensed, the person is given a license document that contains the guard's photograph and other relevant information.

Security guards are prohibited from carrying a firearm and using physical force to secure or protect people or property. To be qualified for a security guard license, a person must not have a conviction within the last 10 years for certain crimes that relate to violence or unlawful sexual behavior or for attempting or conspiring to commit these types of crimes.

To be qualified for an armed guard license, a person must:

To renew a protection guard license or armed guard license, the license holder must successfully complete 8 hours of training approved by the director by rule.

The director will maintain a database of licensed guards. The database contains the name of each licensee and the following information about each licensee:

The director will make the database available, including online through the director's website, to a registered guard employer.

The Act establishes standards of conduct for guards that include obeying the Act and rules promulgated under the Act and the following standards:

The director sets standards for issuing a plainclothes permit.

The director may discipline each type of guard or a guard employer for:

The director may discipline or require additional training of:

In accordance with the sunset law, the Act will repeal on September 1, 2031. Before the repeal, the Act is scheduled for review by the department of regulatory agencies. 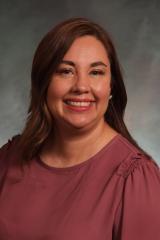